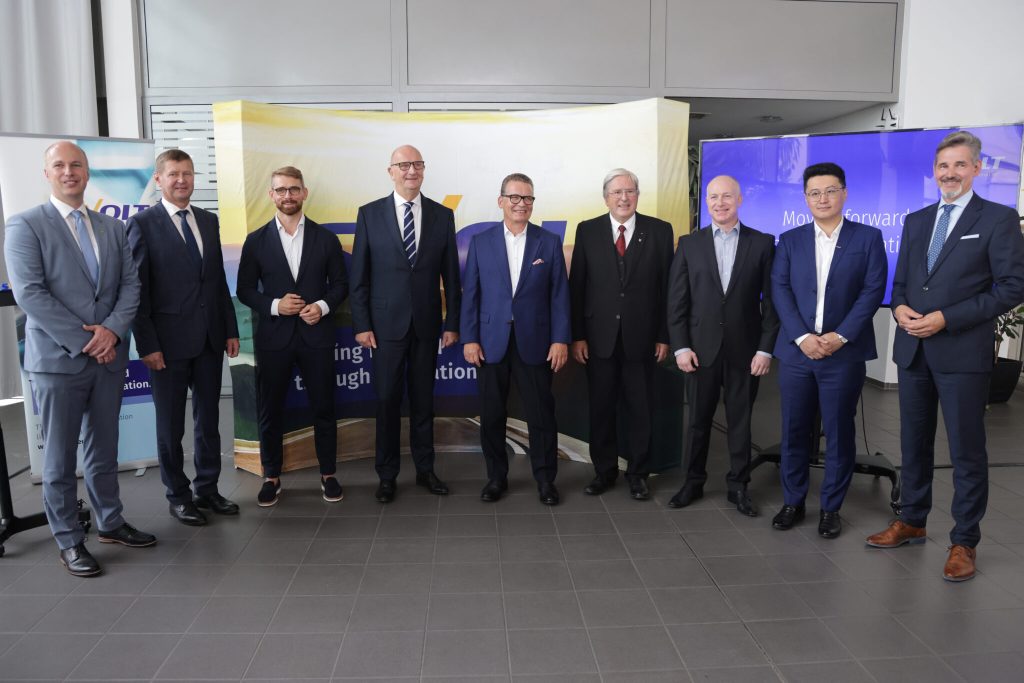 SVOLT is one of the global technology leaders for batteries and battery systems for electric vehicles as well as energy storage systems. After the planned site in the German State of Saarland with plants in Überherrn and Heusweiler, Lauchhammer in Brandenburg is the second announced SVOLT production site for battery cells in Germany. With its products, SVOLT aims to make a decisive contribution to the expansion of e-mobility and thereby to sustainable mobility overall.

Takeover of the former Vestas site in Lauchhammer

The Lauchhammer site is available at short notice as a so-called brownfield project. Vestas, a manufacturer of wind turbines, had only recently ceased production of rotor blades there. SVOLT has taken over the plant including buildings and infrastructure from the previous owner at the end of August. For the planned battery cell factory, the majority of the existing halls will be optimally repurposed. However, due to specific requirements of SVOLT, rebuilding measures and extension works are also necessary. These are to be realized in the near future. Currently, SVOLT is developing a master plan for the project including a detailed schedule as well as the necessary rebuilding, modernization and extension measures.

SVOLT is steadily expanding its global network of production sites as well as research and development locations. Battery factories are currently being established around the globe that will be among the most modern and sustainable in the world. The company ranks among the top 10 global manufacturers of vehicle batteries.

The battery cells produced in Lauchhammer will be further processed for the use in electric vehicles, including at the future SVOLT site in Heusweiler, Saarland. Thus, SVOLT will benefit from synergies between the plants in Heusweiler and Lauchhammer. The plant in Lauchhammer therefore marks another milestone following the module and high-voltage storage production facility in Heusweiler, which is also currently being set up. In this way, the site in Lauchhammer also contributes to SVOLT’s ability to serve current customer projects in a timely manner and to achieve its expanded capacity targets in Europe sooner.

For its new project in Germany, SVOLT has deliberately chosen Brandenburg as an innovation hub. In recent years, an innovative hub for electromobility has emerged in the region around Lauchhammer and throughout Brandenburg. Numerous companies along the supply chain and the battery lifecycle are located in the region – in the immediate proximity, for example BASF, with whom SVOLT entered into a partnership for cooperating on battery materials and their recycling at the end of 2021.

As an independent automotive supplier, SVOLT focuses on innovative batteries and battery systems. SVOLT has comprehensive expertise in producing batteries efficiently, safely and economically, therefore increasing the ranges of electronic vehicles continuously. In this way, SVOLT makes a decisive contribution to the expansion of electromobility. Its completely cobalt-free battery cell (NMX cell), which SVOLT is the first manufacturer in the world to mass-produce, is not only significantly more sustainable, but also more cost-effective than classic nickel-cobalt-manganese battery cells.

Hongxin Yang, Chairman & CEO SVOLT Energy Technology: “The additional production site in Germany is an important milestone for the further expansion of SVOLT – in Europe, but also globally. I am looking forward to our planned battery factory contributing to the further expansion of sustainable electromobility in Europe. Both in Europe and in the Asia-Pacific region, we see a strong increase in demand for battery systems. The shift towards electromobility, but also government decisions, are driving demand for electric vehicles. SVOLT is responding to this market dynamic with steady expansion by building additional local capacities. Our sites close to our customers positively impact delivery routes and times – and thus the overall sustainability of electric vehicles.”

Kai-Uwe Wollenhaupt, President SVOLT Europe & Vice President SVOLT Energy Technology: “I am happy that we were able to conclude the conversations with Vestas timely and take over the site. For that, I would like to explicitly thank the management of Vestas and the local parties involved. With this additional site in Germany, we strengthen Brandenburg’s economy and the local battery production sector in Germany. We also make an active contribution to the Brandenburg e-mobility cluster and benefit from local supply chains and partners.”

Dr. Dietmar Woidke, Minister-President of the State of Brandenburg: “Good news in the midst of crisis-ridden times: The recently closed Vestas plant will start up again in the future. This investment fits in well with other e-mobility sites in Brandenburg. I am happy that SVOLT has recognized the potential of Brandenburg, the Lausitz region and the city of Lauchhammer and will set up here, further boosting structural development.”

Prof. Dr.-Ing. Jörg Steinbach, Minister for Economic Affairs, Labour and Energy of the State of Brandenburg: “This investment is a very good fit for the region, advancing the structural development in the Lausitz region with future-proof jobs and it is becoming increasingly apparent what an enormous attraction the region has for investors. I am also happy that SVOLT is giving Lauchhammer a new economic perspective with its site. For Brandenburg, this also means that the electromobility value chain is expended with yet another strong link.”

Mirko Buhr, Mayor of the City of Lauchhammer: “Lauchhammer has always been an important industrial and energy location. I would like to explicitly thank all those involved, in particular the Brandenburg Ministry of Economics and the engineering services provider GICON for their dedicated efforts to bring a successor company to the former Vestas site as swiftly as possible. I am convinced that SVOLT’s investment will not only maintain Lauchhammer’s tradition and status as a location for the energy sector, but that it will further strengthen it. The city of Lauchhammer will support SVOLT in providing optimal conditions for the production site and will always be a reliable point of contact.”