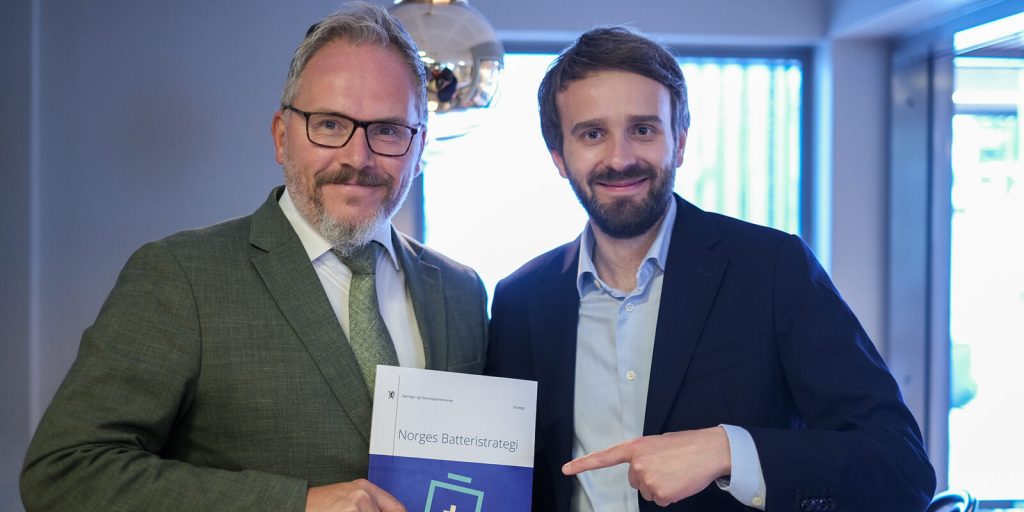 Increases plant capacity to 29 GWh, based on $1.6 billion in identified debt financing support, catalyzed by the Norwegian National Battery Strategy and Norway’s Export Credit Agency Eksfin’s indication of up to EUR 400 million in guarantees and/or loans

– FREYR’s Board of Directors has sanctioned construction of Giga Arctic (combined Gigafactories 1 & 2), the company’s first battery manufacturing facility under development in Mo i Rana, Norway

– Giga Arctic is expected to be one of the largest and most efficient battery facilities in Europe, with 50% lower anticipated capital spending per GWh of nameplate capacity and more than 200% higher production per employee than conventional Lithium-Ion battery plants in production today

– FREYR is raising its installed annual production capacity target to more than 200 GWh by 2030, twice the company’s previous ambition

– FREYR has recently secured a conditional offtake agreement (“COA”) with a major European energy technology customer for 25 GWh of battery cells from 2024 to 2028, in addition to the more than 100 GWh of previously announced COAs

New York, Oslo and Luxembourg, June 29, 2022, FREYR Battery (NYSE: FREY) (“FREYR”), a developer of clean, next-generation battery cell production capacity, announced today that the company’s Board of Directors (“The Board”) has approved the expansion of the planned Giga Arctic project under development in Mo i Rana, Norway, to an annual nameplate capacity of 29 GWh. FREYR’s Board of Directors has also approved the construction of Giga Arctic. The approval follows substantial completion of detailed plant engineering; the establishment of procurement frameworks with key raw material and capital equipment suppliers; and the announcements of conditional offtake agreements totaling more than 125 GWh from the planned start of production in 1H-2024 through 2030. Groundworks at the site are well advanced and the company has recently started casting foundation structures.

The Board’s decision coincides with the announcement of a letter of intent indicating guarantees and/or loan of up to €400 million from Eksfin, Norway’s export credit agency (“ECA”), and the recently announced National Battery Strategy by the Norwegian Government, which outlines meaningful governmental support for the developing battery industry in Norway.

“If we are to reach the goals in the Paris agreement, batteries will need to be produced in a more sustainable way with the lowest CO2 footprint possible. It is therefore important for Norway to define a clear direction and set ambitious goals for battery production in our country. The National Battery Strategy that we just launched, defines ten areas of key importance that will facilitate private investments so that companies along the entire value chain can set up sustainable and successful businesses in Norway. Our unmatched access to renewable energy makes batteries produced in Norway the greenest in the world. I am therefore very pleased and excited that FREYR Battery is moving along with its plans to establish a Gigafactory in Norway based on state capital and risk relief. It is an important confirmation that public and private partnerships are important to be successful in creating the green industry of the future,” said the Minister of Trade and Industry, Jan Christian Vestre.

Today, the Norwegian Government announced the key elements of its National Battery Strategy at FREYR’s facilities in Mo i Rana, Norway. With the expected financial backing catalyzed by this strategy and support from other European governmental entities, FREYR has identified over $1.6 billion of potential debt financing support to fund development of Giga Arctic, including:

In addition, FREYR had $523 million of cash on its balance sheet as of March 31, 2022, and currently has multiple grant applications pending decision.

Tone Lunde Bakker, Chief Executive Officer of Eksfin, added, “Export Finance Norway’s most important task is to offer capital and risk relief to the green, Norwegian export industry. Long-term partnerships between state and private capital are needed to realize the transition to a zero-emission society; create local jobs; and take leading positions internationally. FREYR Battery’s factory can play a key role in building a powerful, high-tech value chain within batteries in Norway and the Nordic countries. Eksfin has therefore indicated participation in the financing of the project in collaboration with other financiers and investors. We wish FREYR good luck in the next, exciting phase and look forward to working closely with the growing Norwegian battery industry.”

The sanctioned Giga Arctic construction project includes eight production lines, a battery testing center, administrative facilities, and infrastructure at an estimated total capital cost of $1.7 billion. The updated cost relative to FREYR’s initial business plan, which was finalized in February 2021, is attributable to the following:

FREYR has engineered and positioned Giga Arctic to be the most capital efficient battery plant in Europe, with 50% lower estimated capital expenditures per installed GWh of capacity compared to plants currently in operation or under construction. The company also expects Giga Arctic to be the most operationally efficient battery plant in Europe, generating an anticipated 200% higher production per plant employee compared to estimated averages at conventional Lithium-Ion battery facilities. These expected efficiencies are aided by FREYR’s recently announced long-term power purchase agreement (“PPA”) with Statkraft. Giga Arctic is expected to benefit from 100% renewable energy at prices that FREYR estimates to be substantially below those of other battery producing regions, while using less energy in production through the 24M Technologies SemiSolidTM cell manufacturing process and platform.

FREYR is also evaluating additional enhancements to the Giga Arctic development that include module and pack manufacturing, recycling and other applications which could add approximately $250 million of additional capital expenditures. Management expects the above investments to generate highly accretive returns on capital for the project should the company move forward with these initiatives. In addition, the company continues to evaluate its proposed joint venture with Aleees for a Nordic LFP cathode materials manufacturing plant.

Tom Einar Jensen, FREYR’s Chief Executive Officer, concluded, “Since our NYSE listing in July 2021, FREYR has made incredible progress on its goal of providing clean battery solutions to the world through speed, scale, and sustainability. Despite supply chain challenges and inflation, the fundamentals have never been better for the battery industry given the largest secular shift in human history towards the energy transition to address the climate emergency; the immediate need for energy security, localized power generation and storage; and the accelerating adoption of electric vehicles and battery energy storage systems. FREYR is playing a key role in addressing energy cost inflation, energy security and climate change.”

FREYR Battery aims to provide industrial scale clean battery solutions to reduce global emissions. Listed on the New York Stock Exchange, FREYR’s mission is to produce green battery cells to accelerate the decarbonization of energy and transportation systems globally. FREYR has commenced building the first of its planned factories in Mo i Rana, Norway and announced potential development of industrial scale battery cell production in Vaasa, Finland, and the United States. FREYR intends to deliver up to 43 GWh of battery cell capacity by 2025, over 83 GWh of annual capacity by 2028 and over 200 GWh of annual capacity by 2030. To learn more about FREYR, please visit www.freyrbattery.com