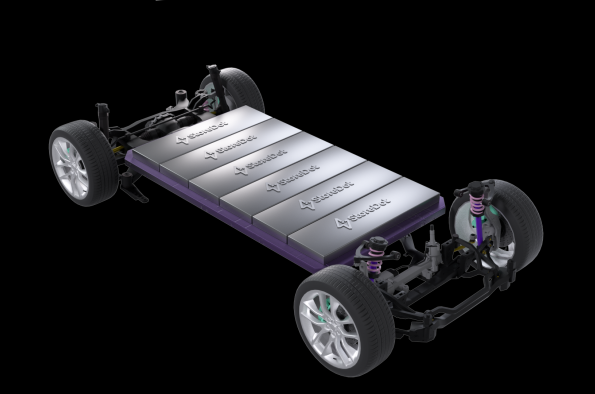 Herzeliya, Israel, 7 June 2022 StoreDot, the pioneer of extreme fast charging technologies for electric vehicles, is signalling its ambitions for rapid growth with a network of strategic global investments and partnerships that spans the entire battery ecosystem. The company is on track to begin mass producing its ‘100in5’ cells as early as 2024, delivering 100 miles of charge in just five minutes.

StoreDot, which has raised a total of $200M to date has now received investments from major global automotive manufacturers including Daimler, Volvo, Polestar, VinFast and Ola Electric. It is already working closely with its partners to collaborate on future electric vehicle fast charging architectures.

The company is moving towards mass production of its ‘100in5’ cells in China, with its long-standing manufacturing partner, EVE Energy. Samples of Electric Vehicle size pouch cells are already being shipped for testing by automotive manufacturers. In addition, cylindrical cells in both 2170 and 4680 formats are currently being optimized and are planned to be sampled later this year.

Dr Doron Myersdorf, StoreDot CEO “Our growing global network of strategic partnerships and our expanding geographical footprint demonstrate that StoreDot is much more than just an innovator of extreme fast-charging battery technologies. We now have an unprecedented group of strategic investors and partners that span the entire battery ecosystem, and we are collaborating with our partners to make Extreme Fast Charging a reality while we plan to grow our production volume capabilities.

“We are now working with the relevant ecosystem of the charging value chain – from the infrastructure to the vehicle – to optimize StoreDot’s XFC technology for future EV models.

“It is therefore essential that we engage with the right partners including a global manufacturing footprint, to rapidly progress towards volume production in 2024. Moreover, our roadmap for automotive manufacturers spans into the next decade, by which time we target to achieve 100 miles of range in just two minutes of charge.”

Further long-standing partners include BP Ventures, which is a mutual advocate for fast-charging and the need to align the charging infrastructure with the ecosystem efforts, as well as TDK and Samsung Ventures. StoreDot has also received significant backing from three venture capital funds.

About StoreDot:
StoreDot is the pioneer and leader of extreme fast charging (XFC) batteries that overcome the critical barriers to mainstream EV adoption – range and charging anxiety. The company has revolutionized the conventional Li-ion battery by designing and synthesizing proprietary organic and inorganic compounds, optimized by Artificial Intelligence algorithms, making it possible to charge an EV in as little as five minutes – the same time it takes to refuel a conventional combustion engine car.

Through its ‘100inX’ product roadmap, StoreDot’s battery technology is designed for best driver experience, offering ‘Range On DemandTM’: 100 miles charged in 5 minutes (2024), 100 miles charged in 3 minutes by 2028, and extreme energy density solution enabling 100 miles to be charged in 2 minutes by 2032. StoreDot’s strategic investors and partners include Daimler, BP, VinFast, Volvo, Polestar, Ola Electric, Samsung, TDK and the manufacturing partner EVE Energy. In 2022, the company achieved a world first by demonstrating a live extreme fast charging of an EV battery cell. StoreDot is on target for mass production readiness by 2024.